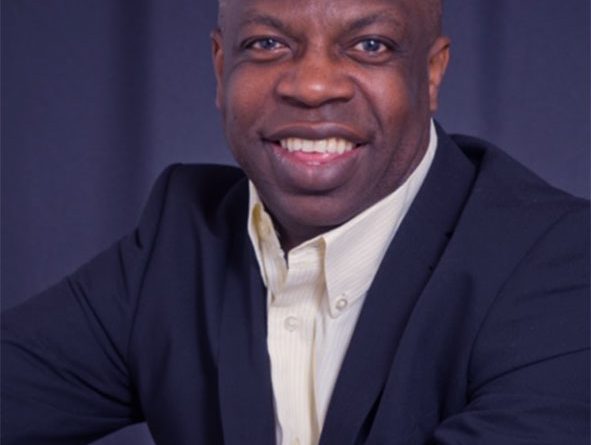 International football commentator Tunde Adelakun has called on the supervising authorities to be bold and do more to protect football players who have come under attack by fans on social media lately.

The incidence of social media racist abuse seems to have increased significantly over the last few months with no less than ten Europe based black football players suffering one form of abuse or the other each passing day.

“It has become scary these days,” says Adelakun, who is also a personal assistant to Gernot Rohr, the coach of the Nigerian football team – the Super Eagles.

“You just have to look at a team playing perhaps below par and you just know that a few of their players, mostly black ones, will come under heavy attack with monkey emojis and racial slurs aimed at them before the day runs out.”

Clubs in Europe have come to take various stances against the menace in recent weeks following racial abuse of their players.

Swansea FC which has Ghana’s Andre Ayew on their books, Birmingham City also in the second tier of English football and newly crowned Scottish Premiership champions Rangers have all opted out of social media activities for one week, in protest at the lack of enough measures by the social media companies to curb the abuse.

But does anyone know where it all stemmed from? Adelakun lamented to Ghanasoccernet.com that he believes that racism has never been more apparent in today’s sport, perhaps due to the restrictions brought about by the pandemic.

“Racism is a part of the human fabric and has been for many years,” the former Publisher of New African Soccer magazine explained.

“I have seen firsthand, the effect of the chants and jeers on the mentality of African players in my time. It is an extension of the wider society, I have always said, and it is not easy to curb or stop.

“This pandemic has brought idleness to our midst, and because we can’t seem to get out and go to the stadium and watch games, we vent our frustrations using our keypads. This time, the racist individual who might be able to go out and shout his racist chants at a player in a stadium, can’t anymore.

“He therefore reverts to doing it on social media, where more people will see it, and add their own take to the one, which then makes it even bigger.

“It is particularly sad when you see that these players are laying life and limb on the line to provide entertainment and earn a living, yet they are being abused, and getting even more threats to their families who have done no one any wrong. It is scary,” he says.

Adelakun is also the voice of TundeTalks, which is a mentoring and mindset coaching service that he offers to corporate organisations and individuals, and he has had to use his mental skills to help some players who have received abuse over time.

“Yes,” he confirms, “I indeed have had to speak to a good few of Africa’s best players who have suffered abuse by online bullies and tried to redirect their minds to continue to focus on their primary tasks, which is to enjoy their vocation which is football, play to the best of their abilities and blot out the noises from online racists and bullies.

But he believes more can be done by the authorities.

“These players are always alone when things like these happen to them. I have seen it firsthand. There is no support network and I think there should be more support for the players and coaches who suffer racist abuse, than there is now.

“Broadcast organisations have been vocal, as have the respective clubs of the players involved. But the wider authorities need to be bold enough to make a big statement to show solidarity with the players.

“CAF is the custodian of football in Africa, and I think it is high time that this confederation steps up and provides more support to its players who form a huge majority of victims of racial abuse by online bullies around the world.

“Not once has CAF condemned the act of abuse on an African player, and this is worrisome, when we consider the fact that if this same player does something good, we all rush to claim the player as one of us and shout his name to the high heavens.

“I think there should be a support system by CAF to look at directly liaising with our players and checking on their well-being anytime they are bullied and abused on social media.”

It will be recalled that the likes of Cameroonian assistant coach of Turkish club Istanbul Besakhsehir came under intense social media attack following a high profile spat in a Champions League game earlier this season.

Since then players like Glasgow Rangers’ Glen Kamara, Valencia’s Diakhaby and Liverpool women’s player Rinsola Babajide of Nigeria are just a few of African players that have been subjected to intense and brutal racial slurs on social media in recent weeks.