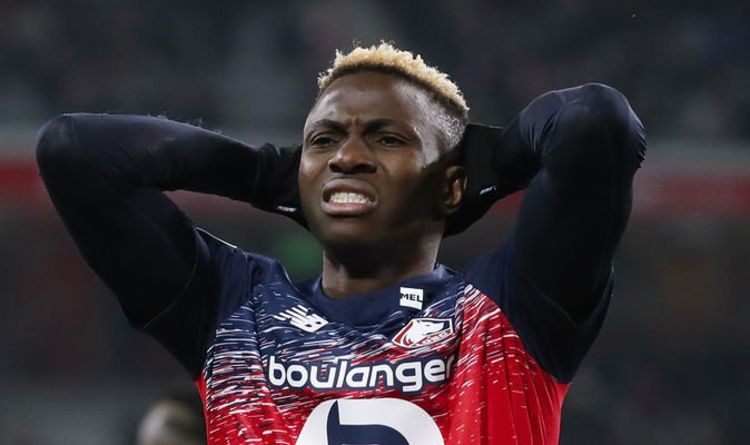 Victor Osimhen reportedly was not keen to lace up boots for any team in the Italian Serie A when the initial contact was made with Napoli. The young Nigerian was worried about the sad items of racism always being dished out by the fans at the Italian football venues.

He eventually had a change of mind and chose to sign for the club that once featured football legend Deigo Maradona. His former agent Benoit Czajka, who lost his job in the heat of the transfer moves has revealed that talks with Napoli president Aurelio De Laurentiis and Senegal defender, Kalidou Koulibaly, helped Osimhen to make a turn back.

A report by Goal based on an interview Czajka had with France Football reads, “Victor did not want to go to Italy. From the start, he has been stuck on the idea of playing in Serie A.

“He told me that racism issues scared him and that he didn’t feel it. He even told me in March-April: ‘I don’t want to go and play in Italy even if it’s for Juventus at €10million net per year.

“I told Victor that before having such strong ideas, that he had to travel to see for himself, meet people, talk with players who are confronted with racism.

“Something that we finally did on July 1, 2 and 3 where we met the coach, the sports director, as well as the president De Laurentiis who is a man with values and experience, and who seems to have convinced the player. Victor also spoke a lot with Kalidou Koulibaly and this was decisive in his choice for Napoli.”

Several reports from Europe since Wednesday have confirmed that it is a done deal with the Nigerian having signed. De Laurentiis is what is delaying the official announcement and presentation.