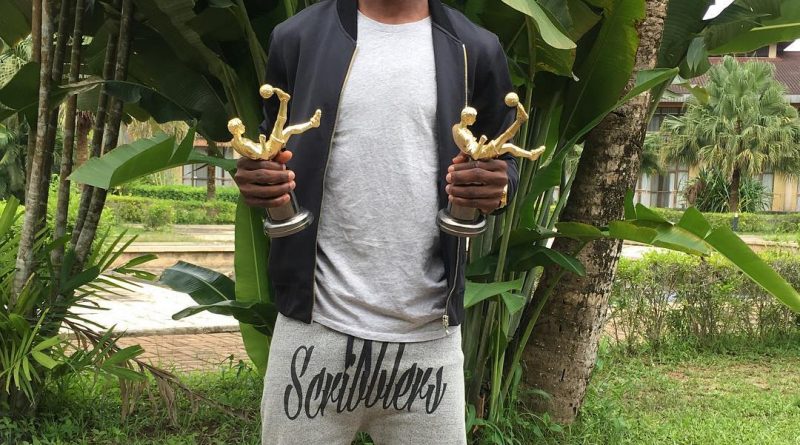 Winners of the 2016 Nigeria Pitch Awards have continued to express satisfaction with the credible and transparent process put in place by award organizers to decide winners. While expressing appreciation to the 100 sports editors who voted across the nation, the winners stressed that the process had made them extremely proud to hold the award statuette.

“I was very happy to win the award; it is a big achievement in my career so far and encouragement to continue the hard work; winning for my country has the biggest impact on me and my career. I would like to build on this personal achievement and win more for Nigeria; like my medal from the Olympics,” Troost-Ekong said.

Manchester City youngster and Super Eagles striker, Kelechi Iheanacho who scooped the King of the Pitch and Striker of the Year awards in his excitement after posting his picture on his Instagram page wrote “Pleased to win striker of the year and king of the pitch award yesterday, thanks to everyone that made this possible.”

Besides being the youngest player to win the King of the Pitch Awards, Iheanacho joined the elite list of winners of the most valuable player comprising Mikel Obi (2013), Vincent Enyeama (2014) and Odion Ighalo (2015).

Troost-Ekong posted a picture of himself holding the award statuette on his Facebook wall. “Very honoured to win Nigeria Pitch Awards Defender of the Year 2016…” Ekong wrote.

Responding to our reporter’s enquiry, Troost-Ekong said “I think like I said, it is always nice to receive recognition for my own work but.”

In his instagram post, Leicester City Midfield sensation, Wilfred Ndidi expressed appreciation to the organizers of the awards. His post had garnered over 5,000 likes and comments with his followers urging him to remain focused as this award would be the first of many more to come.

A three-time winner of the Referee of the Year Award, Ferdinand Udoh said the award had inspired him to do more. He however called on organizers to seriously consider moving the award ceremony to another date.

He said, “since the award ceremony is always held on Super Eagles match days, I have not been able to attend any of the ceremonies because I am always on CAF duties on those days. Also, the players will be fatigued as a result of the match.”

Responding to his call, Shina Philips, President of the Nigeria Pitch Awards said, “We appreciate the commitment of our voters, partners, fans and nominees and winners. We will continue to work towards improving all aspects of the awards while sustaining the integrity of the award process. This is our promise and pledge to all Nigerians.”