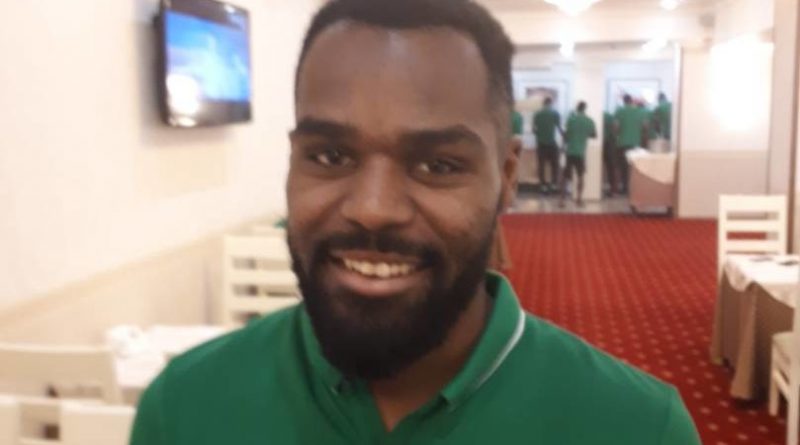 It could not have been a total sense of patriotism or the desire for cash that drew Nigeria’s latest foreign-based addition to the Super Eagles squad, Brian Idowu. The defender has confessed the strong desire to play at the world’s biggest stage made him answer the call up to star for Nigeria.

Idowu had rejected a call-up to the Nigerian national team ahead of a World Cup qualifier against Algeria in 2016, but the Amkar Perm defender has said he accepted to play for the Eagles this month because they qualified for next summer’s football festival in his homeland.

The player, who was born in Saint Petersburg, has seen his profile rise in recent weeks after scoring eight minutes into his debut for Nigeria against Argentina on November 14.

Idowu told Amkar Perm’s official website, fc-amakr.org, ”I was called for the first time in October-November when Amkar and I were going to high places in the league, we had a good start to the season,”

And then added as he explained why he accepted the second chance, ”The first reason is the World Cup. In addition, I wanted to check whether I can perform at a high international level, and the match was a match with Argentina.

”Also trust. A year ago, they called and called now, after the refusal for the first time. The club also agreed that I join the team.”

Idowu has not been guaranteed a place in the team to Russia 2018 by coach Gernot Rohr but by all indication the defender make quite an impression with his debut in the hearts of Rohr and fans of Nigerian football.