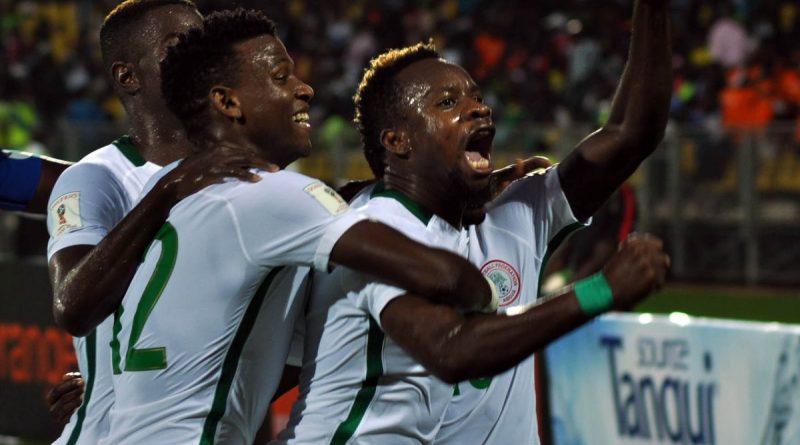 Nigeria has been confirmed for Pot 4 for the Russia 2018 World Cup draw billed to hold December 1. The world body FIFA confirmed the pots ‎for the World Cup this morning after Peru clinched the final qualifying spot for the event holding in Russia next year.

The Super Eagles are in Pot 4 based on their last month ranking of 41st in the World, and the win over Argentina and draw with Algeria can only be factored into the rankings for November. The other teams in the Pot with the Eagles are Panama, Saudi Arabia, Australia, Japan, Morocco and Korea Republic.

The draw will take place at Moscow’s State Kremlin Palace.

Peru became the final side to qualify for Russia with a 2-0 play-off victory over New Zealand. After a goalless first leg, Jefferson Farfan put the home side in front with a powerful rising shot.

Christian Ramos doubled Peru’s lead from close range after the break as they qualified for the World Cup for the first time since 1982.

“We have not broken this bad streak for so long. Now I’m going to celebrate.”