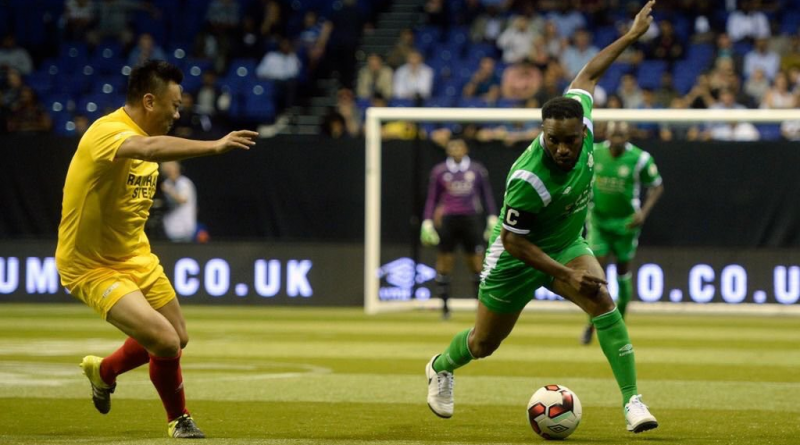 It was an exciting Thursday night in London as former Nigeria strikers Yakubu Aiyegbeni and Daniel Amokachi wore back their scoring boots were against China. The former Super Eagles stars beat China 3-2 as they began their quest for glory at the inaugural edition of the Star Sixes Football Tournament in London.

The competition holding at the O2 Arena London has Austin Jay Jay Okocha as captain of the team. Yakubu hit a brace while Amokachi netted one.

In the opening game of the tournament, hosts England were beaten 4-1 by Spain before Scotland stepped out to defeat Mexico 3-1. Portugal beat Denmark 6-4 and then Germany cut France 4-3.

Brazil beat Italy 2-1 to round off the opening day’s fixtures.