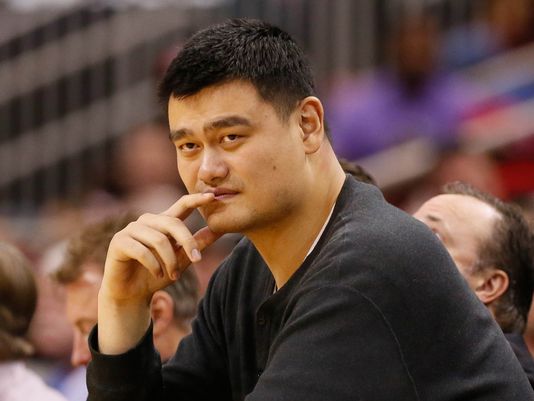 NBA Hall of Famer Yao Ming has called for urgent reform and said he was facing a multitude of problems as he was elected president of the Chinese Basketball Association (CBA) on Thursday.

The giant former Houston Rockets centre, 36, arrives at the post as China searches for new superstars and more glory days for its national team, which has largely stalled since his retirement in 2011.

Yao, the first league head not drawn from government ranks, has long advocated reform of how basketball is run in his country, which has failed to produce anyone close to his calibre.

“At the moment, the most urgent matter is the reform of the CBA, which we must set on a virtuous cycle that will increase our influence and vitality, and bring new ideas to the fore,” he told a news conference in Beijing.

“The biggest problem is that there is no ‘biggest problem’. The problems are everywhere. I believe this is a common thing to encounter in the process of reform.”

He did not give specifics.

Yao was quoted by Chinese media as earlier telling the CBA he would work in the spirit of an official push by Communist Party authorities to reform China’s sports management, part of an effort to transform the country into a sporting superpower.

Yao has previously advocated change “with the ultimate goal of improving the level of the national team,” while not relying excessively on importing foreign talent to China’s league.

He has also called for enhancing the fan experience in what is rated as China’s most popular sport.