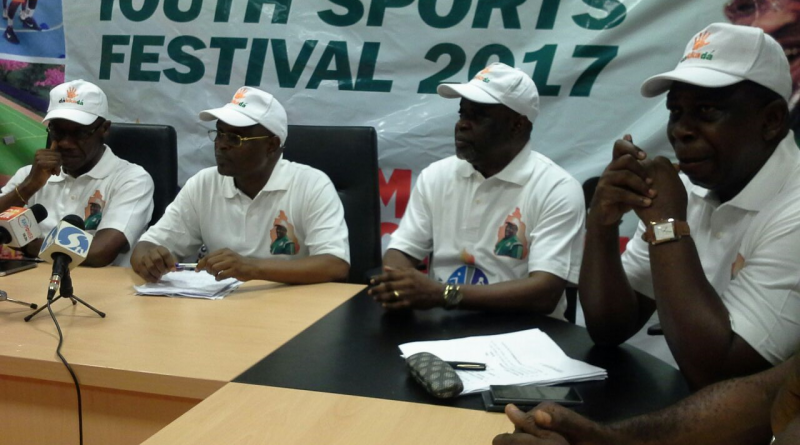 All sports roads in Uyo will on Monday lead to the Civil Service Auditorium, where Governor Udom Emmanuel of Akwa Ibom State will preside over the draw ceremony of the first ever Youth Sports Festival of the state.

The first of its kind in the federation, the ‘Youth Olympics’ involves pupils in primary and secondary schools in 25 sports and has attracted over 6000 entries from the 31 local government councils of the state.

In a press conference jointly addressed by the Commissioners of Sports, Information and Education, Sir Monday Uko was full of appreciation for Governor Emmanuel, “For this opportunity given to the youths of Akwa Ibom to bring their latent talent to the fore.”

The youth and sports commissioner disclosed that immediately after the Brazil Olympics in Rio 2016, the governor voiced his displeasure over Nigeria’s inability to do well on global stage and attributed same to the neglect of sports at the grass roots, especially schools.

The commissioners regretted the disappearance of traditional games masters and games mistresses in schools which impacts negatively on the sports interests of the students and inter house sports in schools.

“In our days inter house sports was something to look out for. Today only private schools have sustained the legacy and it is not right. A vacuum has been created between stars of old and the present generation and we must do everything possible to bridge that gap through this Youth Sports Festival.”

The media parley also saw the lighting of the Festival Torch on its way to the 31 local governments and will arrive in Uyo on Wednesday March 22, just hours before the opening ceremony.

On Sunday the Main Organising Committee worshipped at the Qua Iboe Church, Ikot Ekpene Road where the presiding priest Reverend Ibup Emah referred them to Psalm 37:3-5. He was happy they had come to commit the event to God and assured them “that those who commit their ways unto the Lord and trust in Him will be given the desires of their heart.”

Monday’s draw ceremony will be spiced with songs and cultural displays, the launch of the festival theme song and the festival mascot.