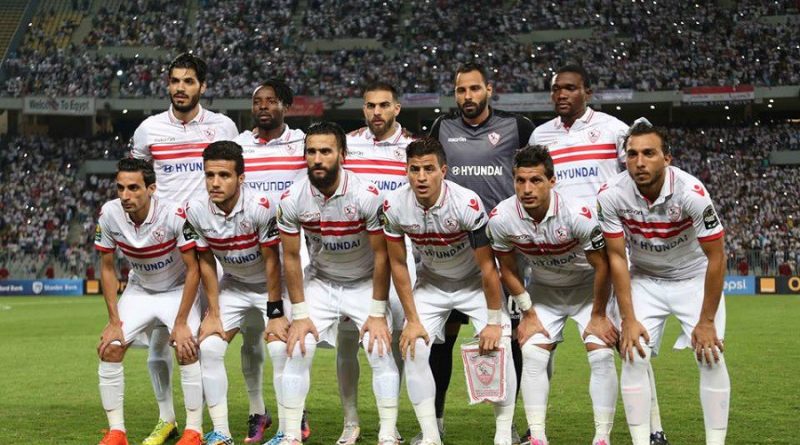 Zamalek coach Mohamed Helmi has hailed his squad following Sunday’s 4-1 home victory over Nigeria’s Enugu Rangers in the first leg of the CAF Champions League round of 32, but warned them to stay vigilant for the away match, according to an Ahramonline report.

“Victory is just a step towards qualification, which will require effort and focus in Nigeria,” Helmi said through the club’s official website after the game.

The five-time Champions, who will visit the Nigerian league champions for the return leg on Friday, won the praise of critics and fans after the win over the Nigerians.

“Zamalek played a great game. I deeply thank the players for the great show,” football director Ismail Youssef said after the game at Cairo’s El-Salam Stadium.

Zamalek returned to training Monday to prepare for the Sunday game. They are expected fly out for Nigeria on Thursday.

And they prepare for their flight, Rangers central attacker, Edoh Ocheme has said his side are capable of upturning the huge deficit against the Egyptian giants. Ocheme and his teammates may have been encouraged by the comeback achievement of Barcelona over PSG in the UEFA Champions League last week.

Ocheme who spoke with Supersport however admitted that the goal margin is quite massive but insisted that nothing is impossible in the round leather game.

“I’m still confused how we conceded those number of goals I think the goals are simply too many.

“I never thought we could concede more than a goal in the encounter. I wept profusely when the goals kept coming that we were three goals down in the first 45 minutes.

“Well we have come to accept the outcome as it’s as no amount of crying can change the result of the match. Right now we have our jobs well cut out as we must score at least three replied goals without conceding to progress to the next stage of the competition.

“The task looks daunting but not insurmountable once we are able to do the needful as well as prepare adequately for the reverse fixture clash.

“All hopes are not lost as we are quite capable of scoring the three mandatory goals in the first 45 minutes just as Zamalek SC performed at their backyard in Cairo.

“At least we have role models in Barcelona to copy as well as look up to as we get ready for the reverse clash.

“Barcelona have shown that in football nothing is conclusively done and dust until it’s completely over.

“That’s the mentality we will bring into the second leg coupled with some self-belief I’m sure we will upturn the disadvantage to advance to the next stage of the competition.

The attacker then advised Nigerians.

“Nigerian should not write us off, we have a second chance to make amend and we will do it to the cheering of our teeming fans.”