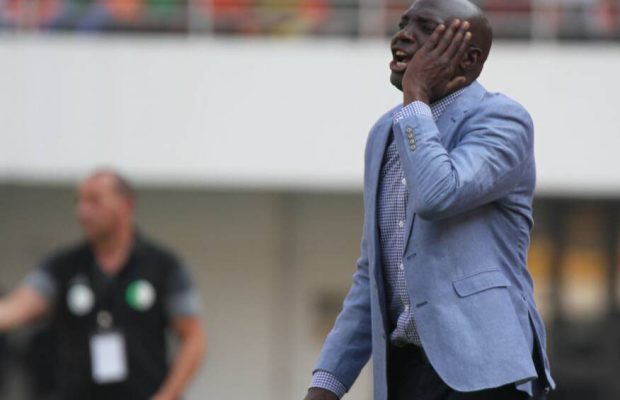 Zambia coach, Wedson Nyirenda, is very proud of his players despite their 1-0 defeat to Nigeria in Saturday’s 2018 World Cup Nigeria defeated Zambia 1-0 in the match played in Uyo.

The coach however lamented the loss which ended their hopes of qualifying for their first ever World Cup. The Chipolopolo had arrived in Uyo feeling very confident after defeating Algeria in the two straight matches they played at home and away. Nyirenda did not forget to congratulate the Super Eagles for winning the very testy match.

He said, “We want to congratulate the people of Nigeria for qualifying for the World Cup. It was not an easy game, just like the first one. We played the game dominating Nigeria, but with their experience, they got the needed goal from the half chance they created.

“We had so many injuries in the team, but in spite of that, we accounted for a good game and played very well. This is the best game in the qualifying series.”

Nigeria will travel to Algeria for their very last match in November while the Zambians will host Cameroon but the two matches have become mere formalities with the Group B ticket already taken by Nigeria.