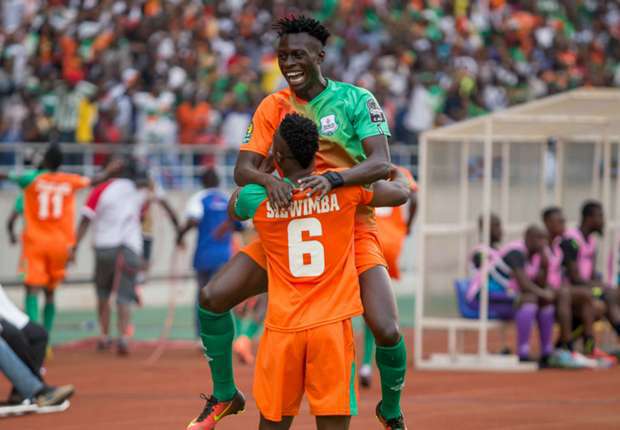 And they finally defeated Rangers 3-0 at Levy Mwanawasa Stadium to advance to next month’s league round of the competition 5-2 on aggregate. The first match in Enugu last week had ended 2-2 after Rangers gave up a 2-0 lead.

Saturday’s result couldn’t have come as such a surprise as Rangers came straight off the plane to the stadium after landing at 14h20 ahead of the game which kicked off at 17h30. The Nigerians suffered a 24 hour delay in their arrival due to players boycott back home on Thursday at Enugu Airport over unpaid allowances.

The jet-lagged Rangers thus found themselves 2-0 down heading into the break after starting on a threatening note before fading as the match approached the opening 30 minutes.

Chingandu struck first in the 24th minute and completed his brace in the 38th minute according to a Lusaka Times report. Jesse Were then added the final goal in the 62nd minute to send Zesco to their second successive continental group stage appearance following their semi-final success in the 2016 CAF Champions League.

Expectedly Rangers officials have already fingered jet-lag as the cause of their defeated in Ndola.